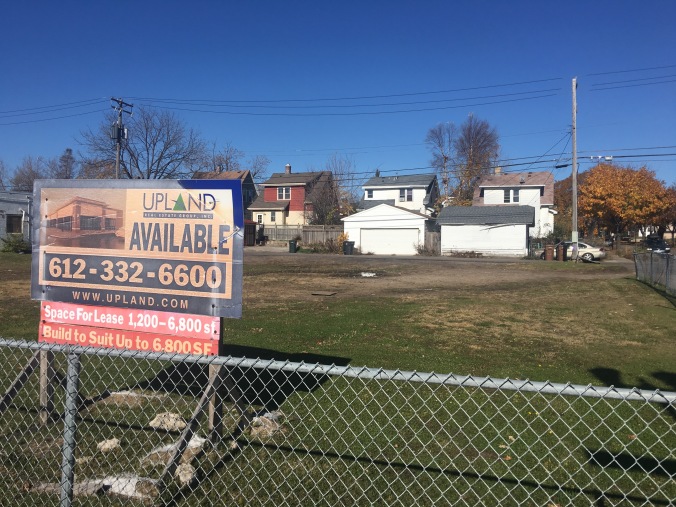 Here is a link to the real estate’s site description on the property:

Notice the mega-businesses that are highlighted in the map of the surrounding area AND the bold, red font highlighting where there will be a new stadium in close vicinity to this property.

After reading the Miracle of Minneapolis and Minneapolis’ White Lie, I came across another article by The Atlantic that highlights the same racial disparities in employment and homeownership that we have been discussing in class. This article goes even further by considering how the region’s projected demographic changes will result in accelerating the already stark economic disparities among whites and people of color. 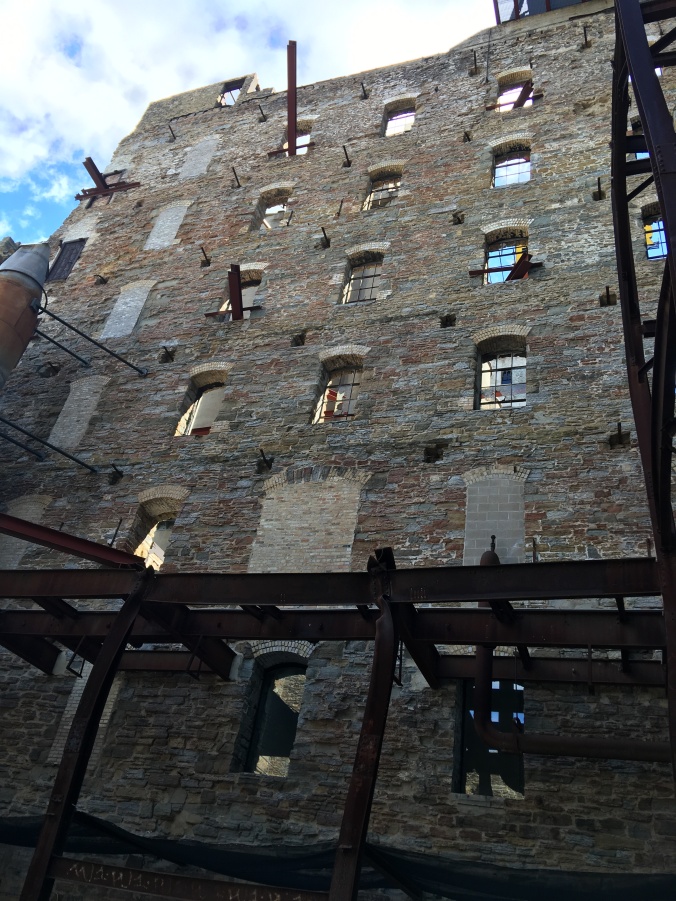 This picture allows us to step into the past by showing us the size and building materials used in the early Mills in Minneapolis. The preserved walls and girders stand as a reminder both to the city’s industrial roots and very fire that left this area in ruins. It is a great example of landscape as an artifact, as it is quite literally an artifact of the area’s past. 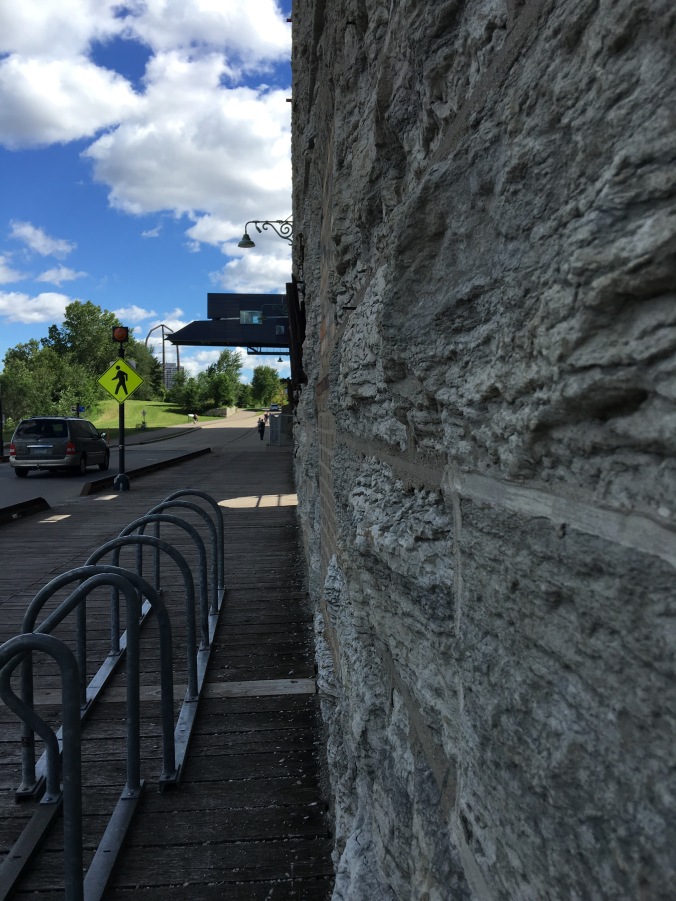 This picture is a great example of the present because it shows how the area surrounding the old mill has been updated with modern utilities like a bike rack and pedestrian crossing sign and even shows a mini van driving by. I chose this to be an example of landscape as place because the bike racks, restored pedestrian boardwalk and park across the street show how people have designed this place to be a destination and pedestrian friendly.

View of the Mill City Museum, the Guthrie Theater and Peek-A-Boo view of US Bank Stadium from Stone Arch Bridge

This is an example of the future of the city and the Mill District. The strongest piece of evidence pointing towards the future is the peek-a-boo view of the Minnesota Viking’s new stadium in the background between the Guthrie and the Gold Medal Flour stacks. The bow view of the brand new stadium is a reminder that the city is growing as shiny new buildings are increasingly common. In fifty years, it would be great to take this same picture and see how much the background has filled in with skyline. I chose this photo to be landscape as ideology because of the “bow” jutting into the middle of the picture. The design choice, even if not intentional, of making the Viking’s stadium look like a viking boat only goes to further the ideology of civic ownership and interest in the team.